In life, I feel, there are some things that one can never understand in any meaningful sense without first-hand experience. And no amount of verbalization or philosophization can ever do justice to describing the way one feels when it comes to such ordeals.

My experience of extreme seclusion with no human contact or meaningful interpersonal socialization for three decades, I believe, is just one of those things that only I will ever fully comprehend. It has been something so horrifying to the human mind that he only even remotely comparable parallel I can imagine is to be literally buried alive, not for a day or a year, but for an entire lifetime.

I alone truly know how terrifying to the human psyche this endless, utterly barbaric torture has been, and yet, since taking the matter to the courts, I have had to suffer through the stench of such pontifical puke as I never imagined a rational mind could spout.
How it is that these sheltered, robe-wearing, juridic casuists could sit up their high horses and explain away the 31 years of mental excruciation that I have endured day by unrelenting day, as though they could relate to it and therefore knew it to be neither cruel nor unusual, to me at least, is as high a height of hypocrisy as one could ever ascend.

In detailing how 31 years of no-human contact solitary confinement feels, the most recent Opinion from the Tenth Circuit Court of Appeals dismissively swept aside any lack of interpersonal socialization I’ve experienced, by explaining that, indeed, I’ve had contact all along with prison officials on a daily basis when, for example, they have brought my meals or otherwise exercised their authority over me in a manner that called for physical propinquity like during thousands of strip searches when they eye-balled my anus after forcing me to spread my ass-cheeks and jiggle my genitals).

Forget about the fact that these people were extremely antipathetic and openly hateful towards me, the most reviled guard-killer in the BOP (Bureau of Prison), just the fact that they were real humans who I could, in theory at least, talk to, was enough in the mind of the court to disprove my claims of no-human-contact. And this insensibility to the true antagonistic nature of those guard-killer / prisoner-hater relationships exemplifies just how out of touch with reality the court really was.

It is beyond ludicrous to suggest that my isolation from human contact was alleviated by the contact I had with the very people who were turning the screw on my mental rack, day after agonizing day. This was not “human contact.” It was “dehumanizing contact.” And far from lessening the effects of my isolation, it exacerbated them because these people competed with each other to see who could rattle my cage the loudest (so to speak).

Another primary factor relied upon by the court in justifying my treatment was the numerous times I was “evaluated” by mental health professionals. Never mind the fact that virtually every single one of these so-called “evaluations” consisted of nothing more than a half-minute “Hi how are you?” to which I’d give the standard, albeit meaningless, reply of “Fine.” And having “examined” me in this fashion over a period of years, Dr. Denny informed the court that he was quite impressed with my apparent resilience in maintaining my sanity under such extreme conditions of confinement.

Ironically, it was this opinion by Dr. Denny regarding my “resilience” that the court fixated on in rejecting my claim of Cruel and Unusual Punishment, implying that it was my own ability to withstand the torture that prevented it from being cruel and unusual.
In other words, prison officials may feel free to torture one as much as they want as long as the individual is strong enough to bear it.
To me, the entire Opinion really begs the question of just how far prison officials can go in their inhumanity to man before the 10th circuit will call it “cruel and unusual?”

Consider, for example, the following quotation from the court: “We have held corrections officers are responsible under the Eighth Amendment ‘to provide humane conditions of confinement by ensuring inmates receive basic necessities of adequate food, clothing, shelter and medical care, and by taking reasonable measures to guarantee the inmates’ safety.’”

I saw a futuristic movie on the SYFY Channel recently, about a space-based Supermax prison where prisoners were maintained in a state of suspended animation, hooked up to nutrition tubes and cryogenically preserved for the length of their sentences. This, or even Neo’s bubble-chamber existence in the Matrix, would pass Constitutional muster under the Tenth Circuit’s Cruel and Unusual Punishment standard. Food, clothing, shelter, medical care and safety-the “minimal civilized measures of life’s necessities”- if that is all the Constitution requires then we are truly not far off from induced vegetative unconsciousness as a Constitutionally acceptable form of punishment.

The point I am trying to make is that my case shows quite clearly that, when it comes to prisoners, the courts define humanity primarily in relation only to the human body and essentially disregard the human mind altogether. My being isolated from everyone but those who have openly hated me for 31 years was not a factor as far as the court was concerned. Indeed, they even went so far as to say this proved I was not deprived of human contact. How out of touch with reality does one have to be to even imply such an absurd notion? It really is one feature of the court’s Opinion that I will never be able to read without complete stupefaction. As if the only thing that prevented these people from giving me a hug was the bars of my cell.

I’m trying to think of a common example from everyday society that remotely exemplifies the degree of stress a human mind experiences from purely hate-based interactions- the tyrannical boss, the mentally abusive spouse, the irate mother-in-law; such things, while truly unpleasant and stressful, do very little justice as frames of reference to my unique experience as an object of perpetual animosity.

In no way am I suggesting that anyone (perhaps myself most especially) is constitutionally entitled to kindness or sympathy in any form. Passionless professionalism is perfectly appropriate for a prison guard. But my situation included quite the opposite of that. Instead of no passion at all, there was passion aplenty; hated, hateful and malicious. Quite often accompanied by a great many spit-laced meals and a myriad amount of other spiteful, vicious antics designed purely to antagonize me.

For the court to say the Eighth Amendment entitles me only to be kept alive with adequate food, clothing, shelter and medical attention is one thing. That may, indeed, be the extent to which our maturing society has progressed with its evolving standards of decency since the Constitution’s creation (the Supreme Court’s “Cruel & Unusual” measurement standard). And had the court stopped right there in its opinion of “how my life has felt” I would be far less incensed on this issue. But for the court to go from there, all the way to the absurdity of saying that the very people who have openly and actively reviled me every single day, equal, by essence of their presence, some sort of consolation to my isolation, bespeaks a level of misunderstanding so profound as to defy any attempt to explain it.

Only in America will you find a court conscientiously unaverse to espousing such sophistic hogwash. And only in America will you find a government system so engorged with hubris and inflated with its own self-righteousness that it cannot apprehend the degree of hypocrisy it takes to dish out the sort of torture I’ve endured with its one hand, while simultaneously using the pointed finger of its other hand to accuse the rest of the world of human rights violations that pale in comparison to its own. And when the duplicity of this “Sweet Land of Liberty” is exposed, “America, the Beautiful” will simply change its stripes to fit whatever occasion it seeks to justify.

Consider, for example, the recent exposé from Amnesty International entitled “Entombed: Isolation in the U.S. Federal Prison System” . In this scathing critique of the U.S. regarding its violations of international treaties (including the United Nations convention against torture and other cruel, inhuman or degrading treatment or punishment and the International Covenant on Civil and Political Rights ‘ICCPR’), Amnesty International, after detailing at length America’s solitary confinement human rights atrocities, went on to note that:

The USA has sought to limit its obligation under article 7 of the ICCPR and article 16 of The Convention Against Torture, by entering reservations upon ratification of treaties stating that it considers itself bound by article 7 and 16 only to the extent “cruel, inhuman or degrading treatment or punishment” means the “cruel and unusual punishment” prohibited under the U.S. Constitution.

In other words, what the rest of the world calls “torture,” and what to them is “cruel, inhuman and degrading,” may be cruel, but certainly not “unusual” for the U.S., because we are always (“usually”) doing it. And since the Eighth Amendment to the U.S. Constitution does not prohibit what is only “cruel” unless its “unusual” as well, as long as the U.S. keeps doing it, it will never be unconstitutional. So whether it be an hour’s worth of waterboarding, or 31 years-worth of extreme no-human contact entombment, in America it will never amount to what the rest of the world calls “torture,” so long as it’s par for our course of cruelties.

But only in America. 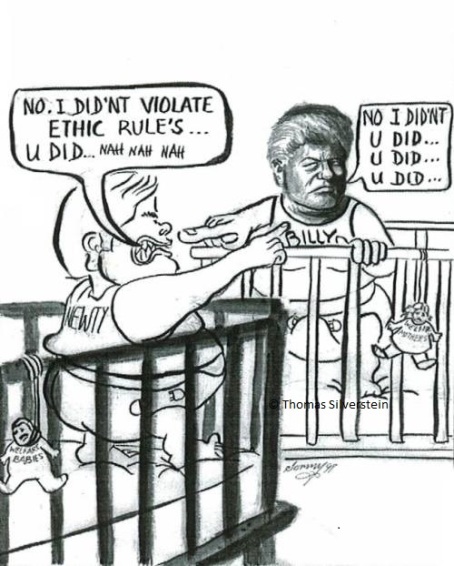 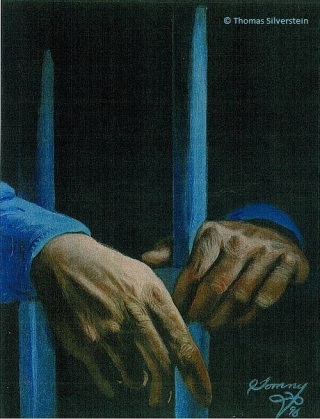 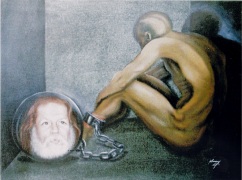 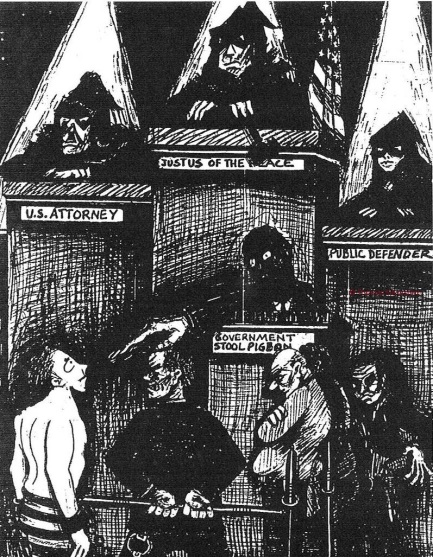